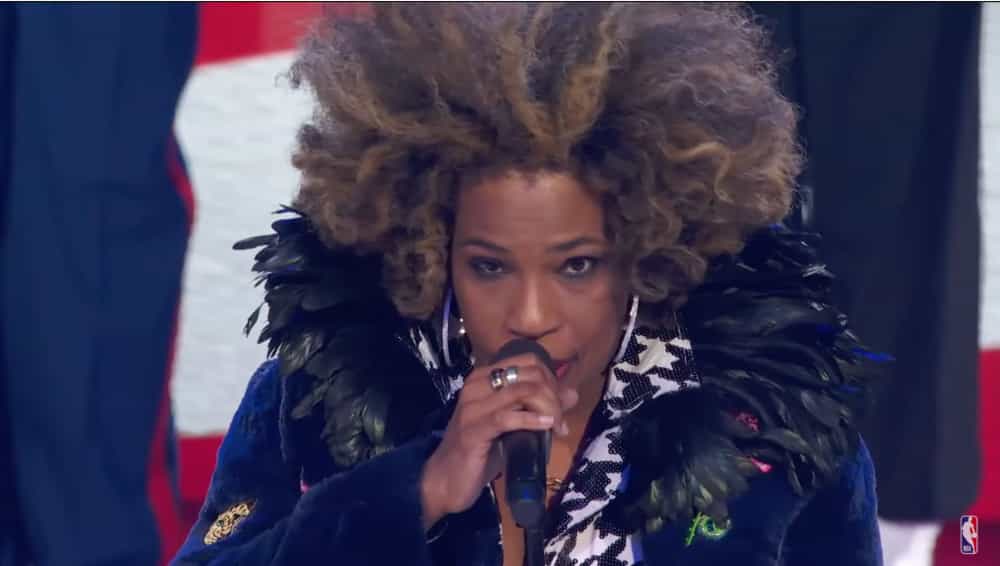 Gray sang her rendition of the national anthem accompanied by a guitarist ahead of Sunday night’s (Feb. 20) matchup between Team LeBron and Team Durant.