NY Post reports, “Rock chuckled and quipped back: ‘I got smacked by the softest n—a that ever rapped.’” 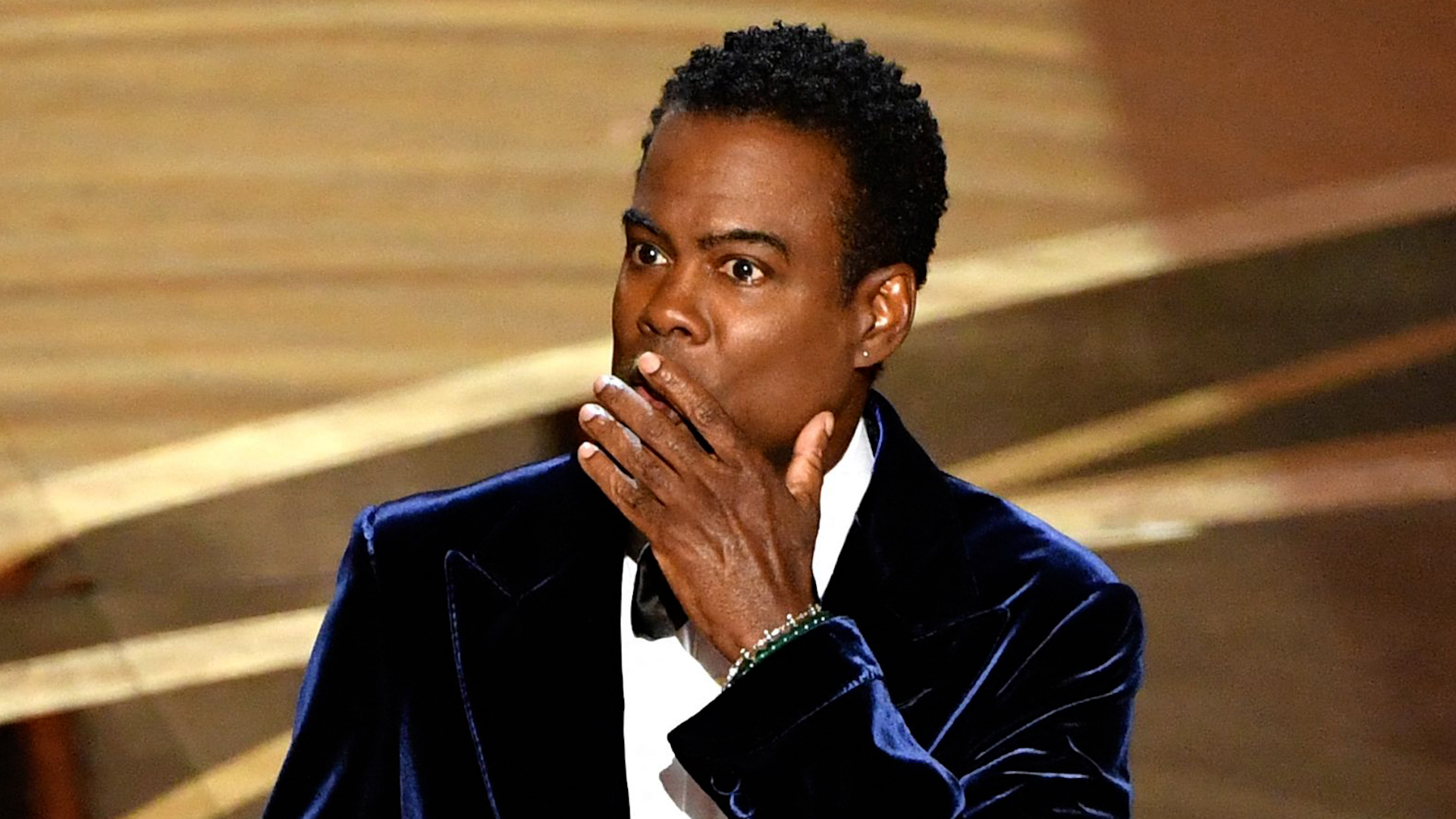 The Los Angeles District Attorney’s Office will not pursue felony charges against Lee. In a statement to the outlet, DA spokesperson Greg Risling said, “After reviewing the evidence, prosecutors determined that while criminal conduct occurred, the evidence as presented did not constitute a felony.”

Chris Rock has a message about getting slapped at the Oscars by Will Smith.

Chris attended his buddy Dave Chappelle’s comedy show, where he got attacked on stage. Isiah Lee, 23, is in police custody for the attack and facing four misdemeanor charges.

After the attack, Dave hopped back on stage, unharmed, and continued to tell jokes. Chris got on the mic and jokingly said, “was that Will Smith.” At some point, Dave said to Chris, “At least you got
smacked by someone of repute! I got smacked by a homeless guy with leaves in his hair.”